Fourteen years of research, design and leadership. Some of the projects I've worked on are under Non-Disclosure Agreements - for these I've only included white-labelled designs and indicative figures.

I'm helping the Home Office improve their online services by engaging with staff and service users:

I worked as a Product Manager and author for User Research Explained. We brought together User Researchers from around the world to contribute essays to present the most vital topics in UR practice in a readable format. I was thrilled to work with Indi Young and Steve Portigal who contributed essays.

I also worked on:

I helped this new government bank design its service by running User Research for a Discovery project:

I worked on the Scottish Government’s Social Security programme to create a better service for disabled people applying for benefits.

February - May 2019: User Researcher for the Scottish Government

I worked as a pure User Researcher for the Scottish Government’s Payments project:

I led a complete redesign of the Case Management software AdvicePro for a small but dynamic software house: 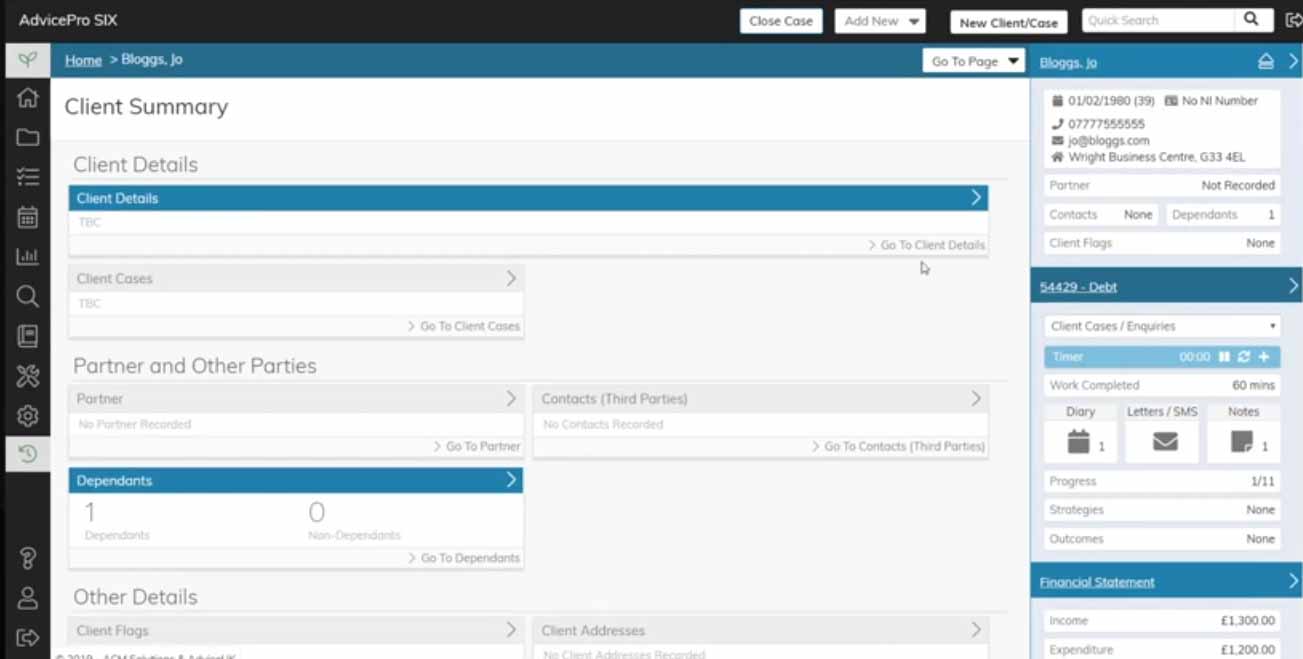 I had a break from contract work over the summer and worked on freelance projects.

I used proto.io to develop a prototype for Lifeium, a Fintech start-up exploring online Will creation. I tested their proposition using one-to-one tests. 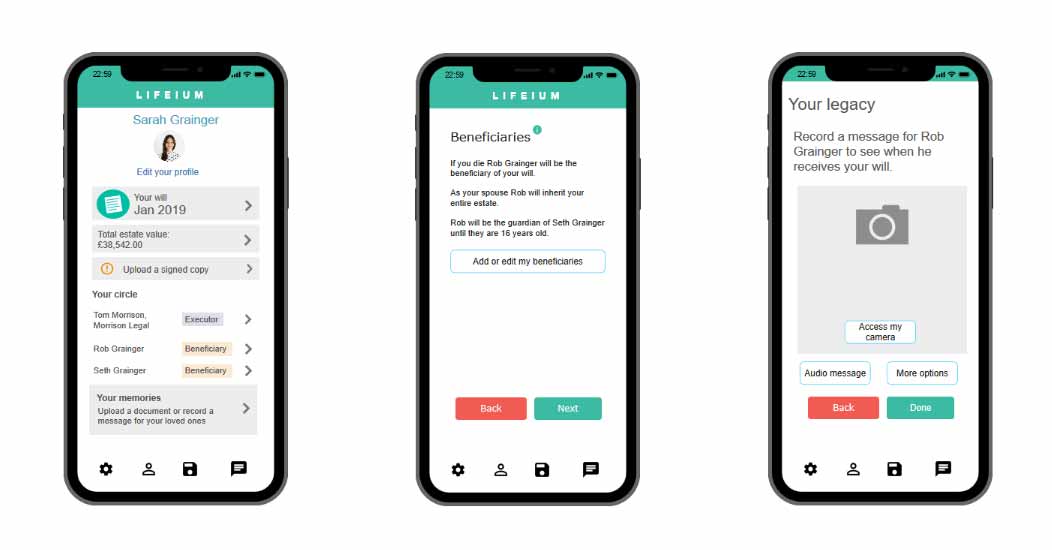 I designed an Invision prototype for MoneyMatiX, an account aggregation / money advice app which I continued developing into 2019:

Content and design lead for ACCA's Digital Foundations project, working as part of a team of four Consultants from Quorum:

As part of a large UX team I developed Clydesdale Bank's suite of apps using research and data: 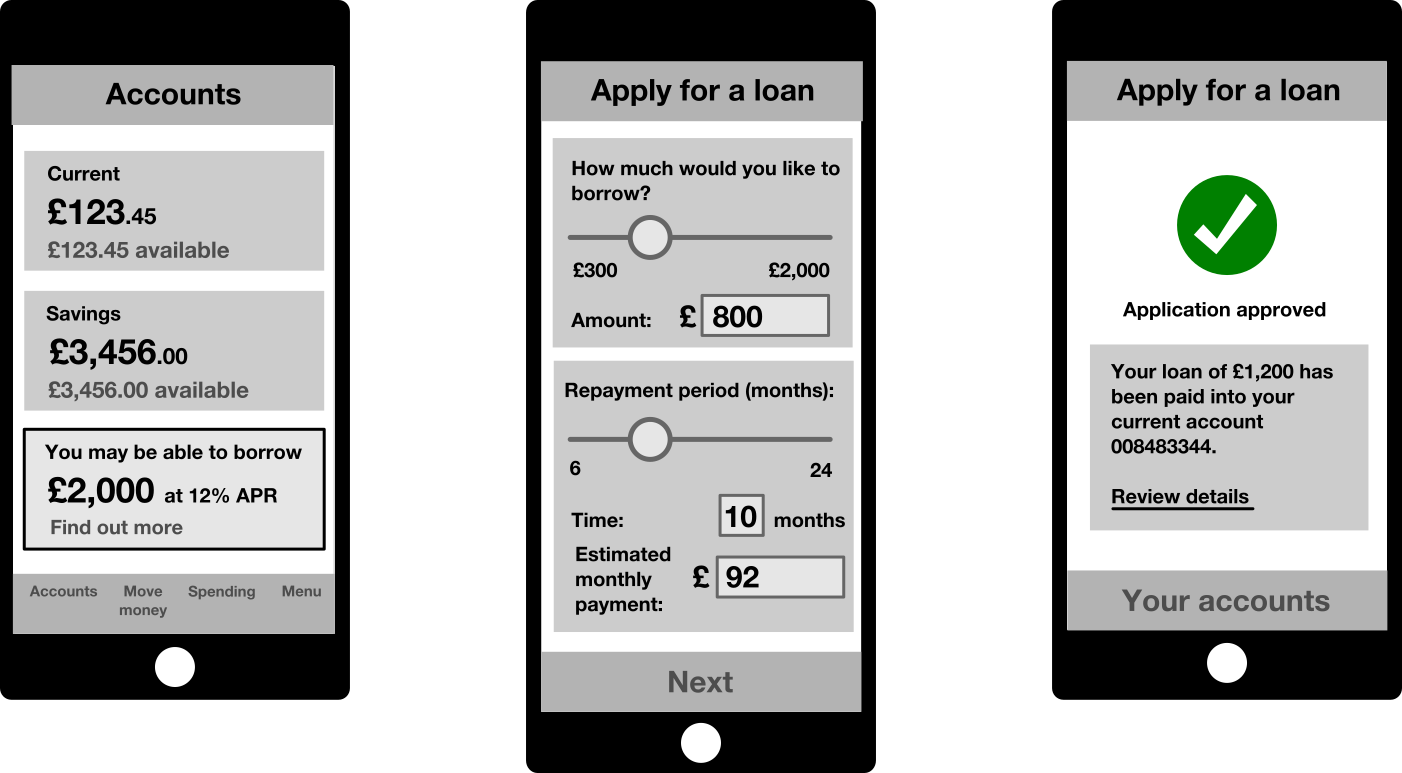 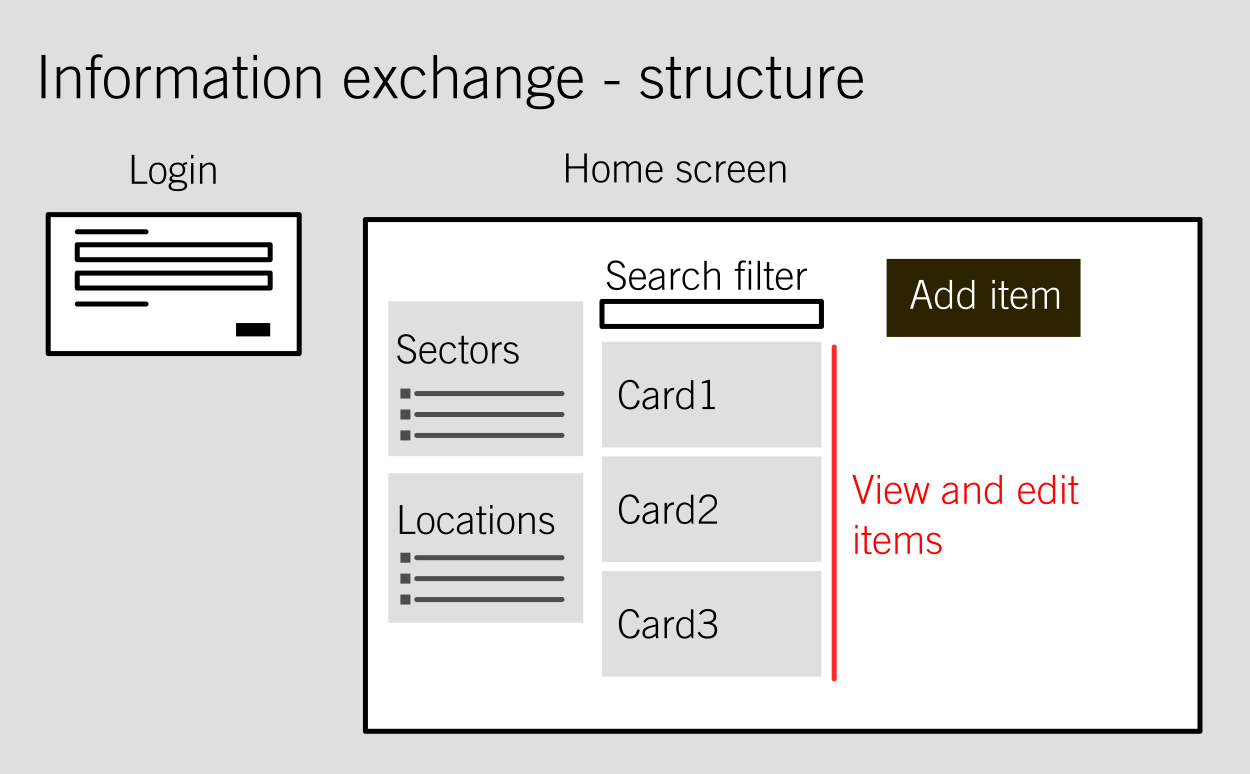 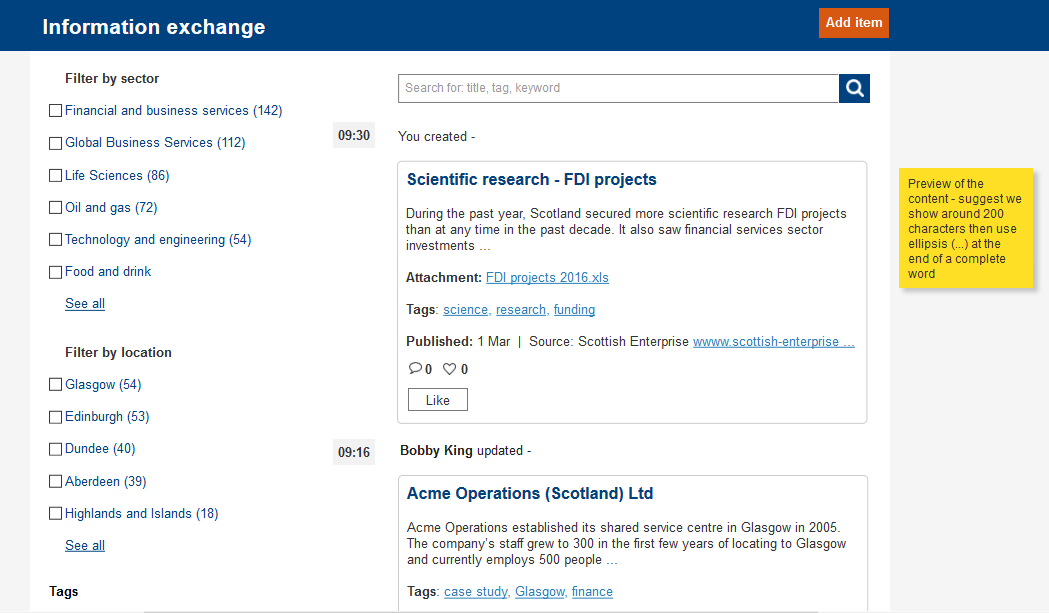 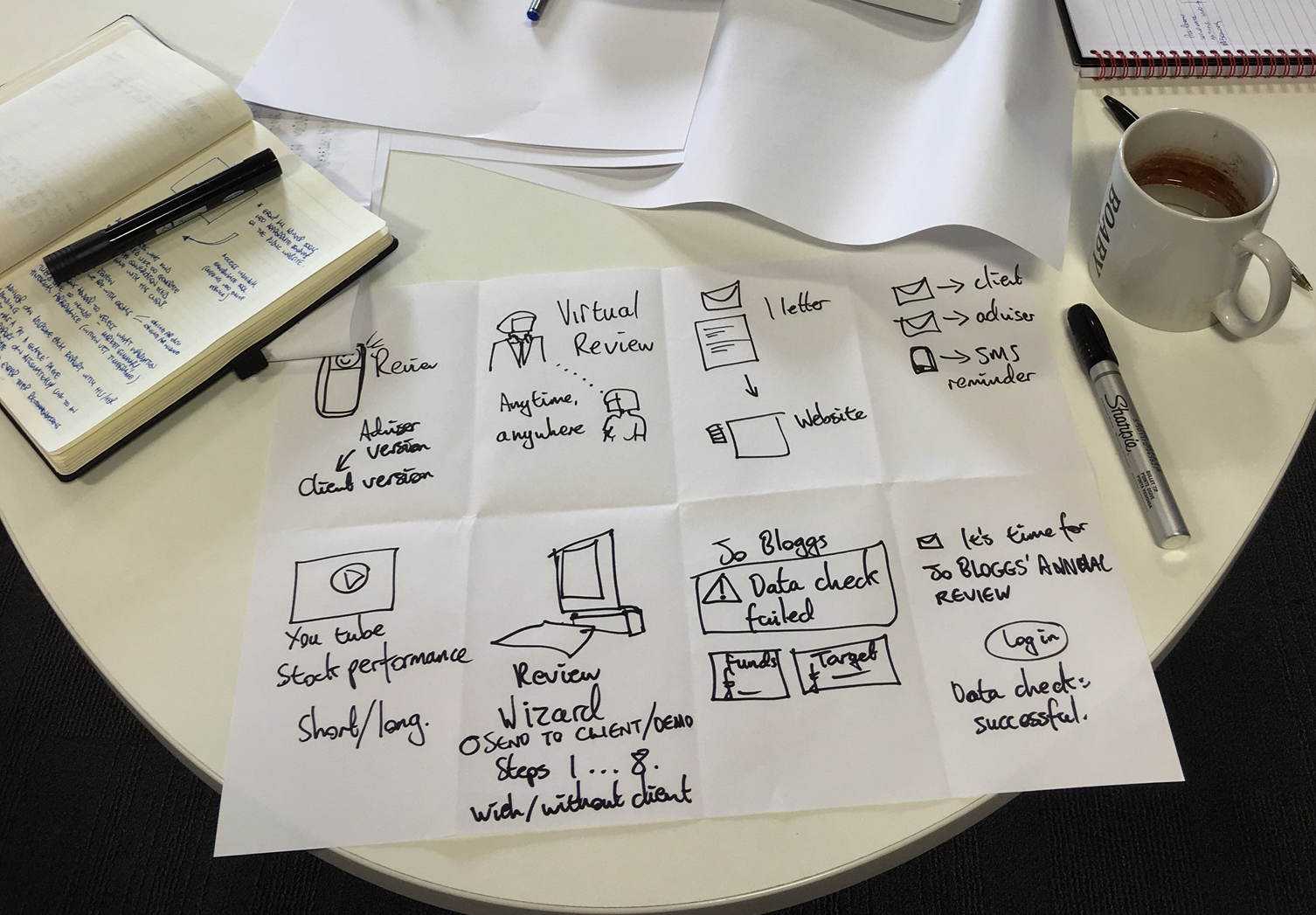 UX lead for a major transformation programme at Royal London:

In 2015 I redesigned the Protection Online Service for Royal London, as part of an enthusiastic Agile team. Royal London increased their market share and picked up four awards in the 2016 FT Online Innovation and Service awards, including Best Company, and Best Innovation for the new service. The service takes in over £1 million of new business every week.

I began with sketches, working with Business Analysts and the Product Owner to refine the requirements. I then worked with a Digital Designer to refine the look and feel and applly the company brand.

I created wireframes and interactive prototypes in Axure and reviewed them with front end developers and testers. We used Bootstrap to create a dashboard, online form and log in process. 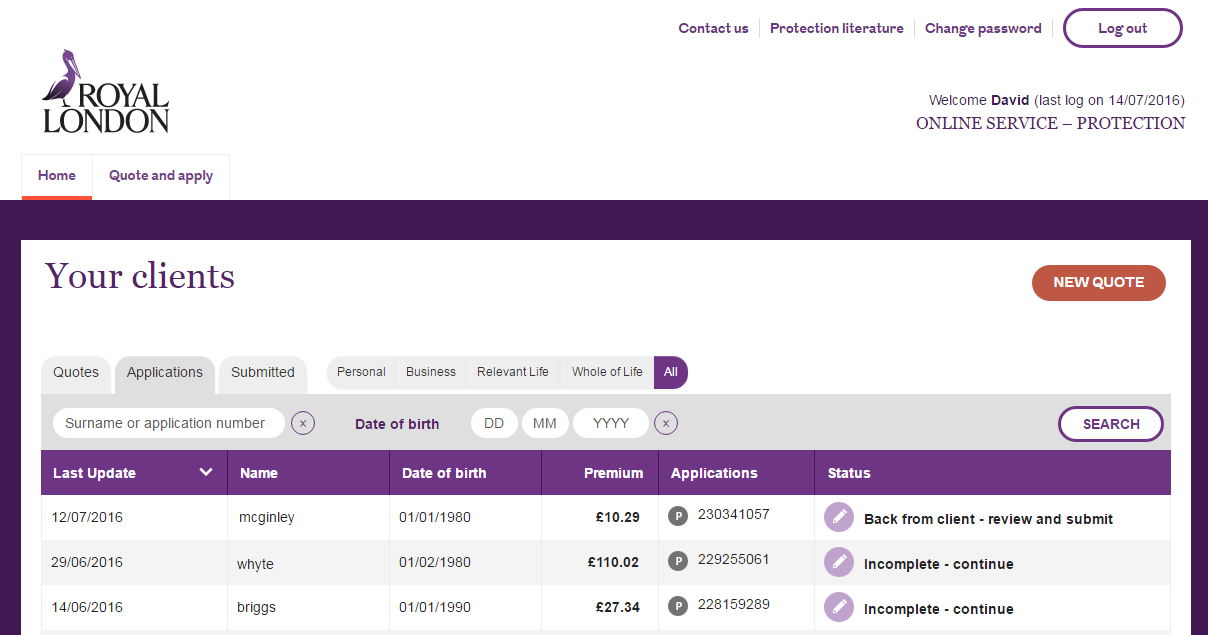 I ran user testing to validate my designs, and have led on the use of Google Analytics to test our designs after releases.

I worked with the test team to target a range of browsers and devices to ensure the new Extranet would be fully responsive.

We started creating personas and user flows then produced wireframes for developers.

For my contribution, I:

Worked with UI designers, business analysts and developers to continuously improve the customer experience for students and their families. We based our priorities on Customer Insight and analytics, including A/B testing.

In 2010 I ran user testing with the Government Digital Service and the results were presented to the SLC board. The result was a £90 million transformation project to launch a new online service, which ran until a successful launch in 2013.

Worked with a UI designer, external developers, business analysts and administrators to completely rebuild the SLC corporate site and microsites, implementing a modern Umbraco platform. I began with analytics and sitemapping and delivered a successful launch at the end of 2011.

After the launch I wrote and maintained a style guide for the look and feel, and UI elements. 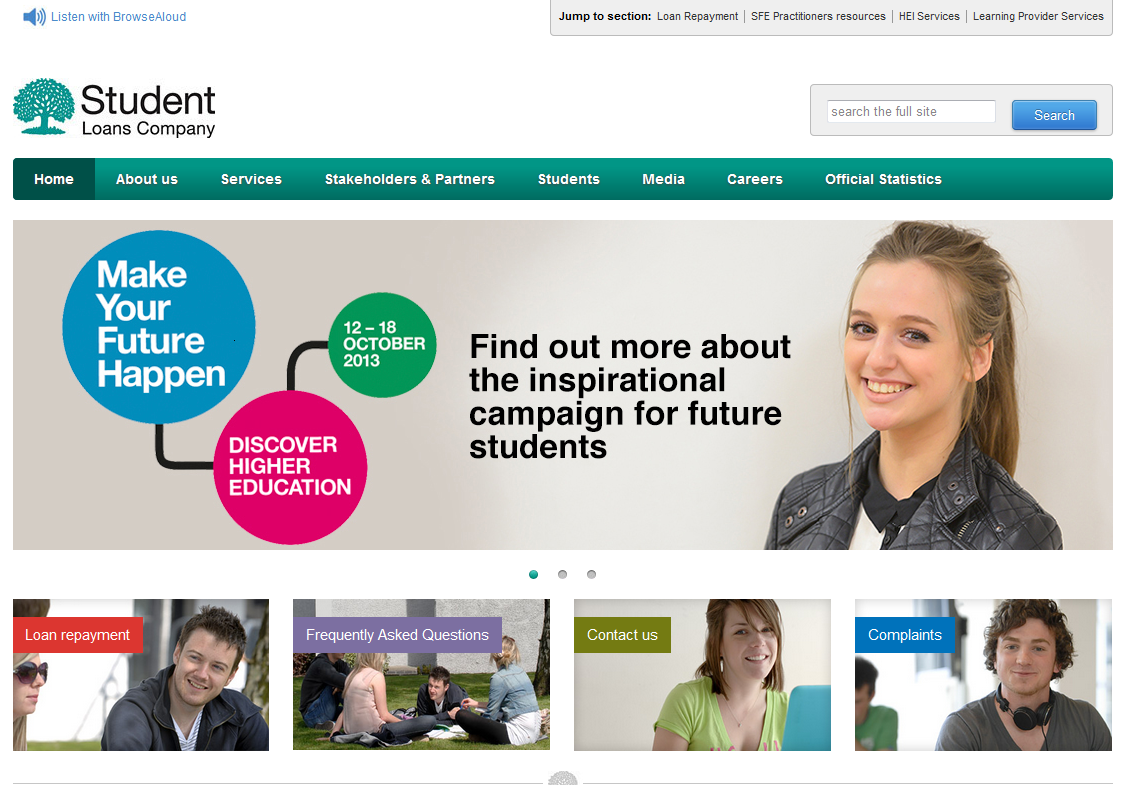 Worked with a UI designer and Customer Insight manager to produce new screen flow and content for the online password process. We tested a new design with live students. After the project, password reset calls to SLC dropped by 50%.

Worked with a developer and a team of internal stakeholders to create a campaign site for English students, attracting over 200,000 visits in the summer of 2010. We used analytics, user testing and regular input from the Customer Insight team to optimise the site.

The My Application and Offer project took over a year of planning and implementation. I managed lab-based usability testing with User Vision in Darlington for student volunteers. This was the first user testing of its kind in SLC's history. I used the findings to optimise online content and interactions.